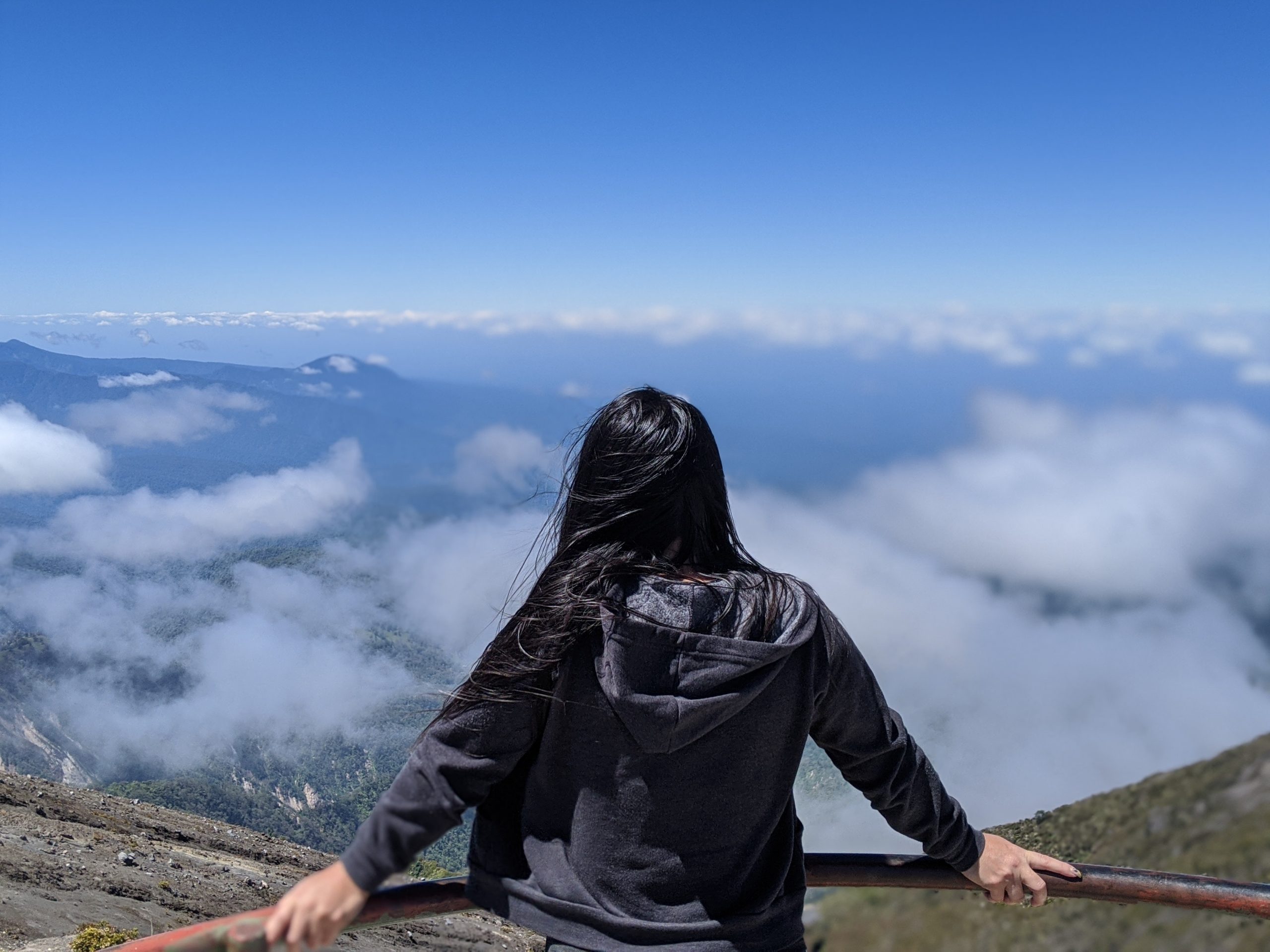 We may earn compensation from the products mentioned in this post. Please see our Affiliate Disclaimer.

There are many beautiful tropical destinations around the world, but few provide the cultural, economic, and geographical benefits as Costa Rica. Situated between Nicaragua to the north and Panama to the south, this small country has made a big name for itself worldwide as providing a “Pura Vida” lifestyle to ex-pats looking to escape the hustle and bustle of more industrialized countries. So much so, many magazines rank Costa Rica as a top destination for retirees to settle down for the second chapter of their lives. With seven provinces located within its’ borders, where are the Top Destinations To Retire In Costa Rica? What should you consider before making a move?

Even though Costa Rica is a relatively small country, the differences between its Central, Caribbean, and Pacific regions are vast in every way imaginable. Here is a list of the Top Destinations To Retire In Costa Rica that provide unique advantages and optimal living situations for retirees:

In this article, we will examine all aspects of retiring in Costa Rica and provide answers to some of the most important questions retirees have about the country.

Why is Costa Rica a great place to retire?

Aside from its stunning natural beauty and rich cultural heritage, Costa Rica is probably the most unique country in all of Latin America. It has a diverse mix of socio-economic factors that make it somewhat of a unicorn compared to many neighboring countries. Let’s examine some of the specific benefits that make Costa Rica a must-go destination for retirees.

Health care is cheap compared to the US

According to a survey conducted by SimplyWise, over 46% of Americans are concerned with being able to afford their medical bills in retirement. While the US and other parts of the world have seen employee contributions to medical insurance premiums skyrocket over 60% between 2009 to 2019, Costa Rica is known for having some of the best and affordable health care in all of Latin America. There are both public and private options, but in general, the cost of medical care, including doctor’s visits, prescriptions, and major surgeries, can be significantly cheaper than the United States by comparison.

One of the important considerations for people when choosing a retirement destination is the weather. Costa Rica is a tropical country, and while various geographic zones may see differences in average annual temperatures, the country boasts a mild climate year-round. For example, the average weather in the city of San Jose typically hovers between 60-85 degrees Fahrenheit, which is perfect for many retirees looking to escape snowy seasons in other parts of the world. Also, the country only has two seasons, which are the rainy and the dry season.

The majority of crimes committed in Costa Rica are considered petty such as theft. According to data analytics firm Statista, the country has one of the lowest homicide rates in Latin America. This is a major benefit for retirees who may be hesitant to move abroad due to fears of violence or general concerns about safety.

Not all people who move to Costa Rica in retirement choose to purchase a home but are looking to have more flexibility and cost savings by renting. The cost of renting a home in a major city center or out in a rural area is significantly cheaper than a comparable unit in the United States. According to Numbeo, rents in Costa Rica are 60% less than in the United States.

This could be a benefit depending on how you look at it, but if you are concerned that there will not be any other Americans in Costa Rica, you can rest assured you will not be alone. In fact, according to the US State Department, approximately 120,000 Americans living in Costa Rica. Also, before the COVID-19 pandemic, over 1.4 million citizens visited the country annually.

Nothing says a country is more chill and stable than one that doesn’t have a standing military. In a world today of such aggression between countries, it’s truly remarkable to think that the government of Costa Rica officially banned their military in 1949, and haven’t looked back since.

How much money do you need to retire in Costa Rica?

While the sound of packing up and running towards the Pura Vida lifestyle sounds like a dream come true, retirees want to know that once they are settled that they can afford to live abroad in Costa Rica indefinitely. According to Expatistan, the cost of living for a family of four in Costa Rica is around $2,500 USD per month and $1,150 USD per month for a single person.

However, it is important to note that the cost of living is always subjective and could be more or less depending on lifestyle choices. For example, living in the city center of San Jose or on beachfront property will likely be much pricier than living in more rural locations.

Can I collect Social Security and live in Costa Rica?

Narrowing down the best places in Costa Rica for retirees to call home wasn’t easy, but we have found five of the top places for you to call home. We have personally visited some of these places and can confirm they are as amazing in real life as they are in the photos.

If you are looking for the best of beachfront living mixed with a bit of seclusion, the small fishing village of Manzanillo located in the Limon Province is a destination that should be high on your radar. Bordering the Caribbean coastline and close to the Panamanian border, Manzanillo is the perfect location for retirees who want to live close to stunning white sand beaches, but without having to deal with the constant influx of tourists like some of the other cities on this list.

Rooted deeply in its Afro-Caribbean heritage, Manzanillo is surrounded by incredible nature reserves and national parks, allowing plenty of outdoor activities such as hiking and bird watching. And if those don’t sound too appealing, scuba-diving the spectacular coral reef is another popular option. The town of Manzanillo has plenty of small markets and is only a short drive to other popular retirement destinations on the Caribbean coast such as Punta Cocles and Puerta Viejo.

Puerto Viejo de Talamanca is located on the Caribbean coast, approximately 25 minutes west of Manzanillo, and is a highly recommended destination for beachbound retirees. This Afro-Caribbean beach town has grown into one of the more popular tourist destinations in the province of Limon because of the world-class surf, and most notably, the Salsa Brava surf. What began as a small fishing village has now become the “it” place among retirees and younger generations, giving it a special mix of features that make it a great place to live.

Puerto Viejo is packed full of restaurants and small entertainment venues that cater to those who come into the area looking to enjoy the cities beauty and tranquil lifestyle. Puerto Viejo is ideal for a retiree who wants to live a peaceful beach life but wants to enjoy the more vibrant and youthful atmosphere of a popular tourist destination. 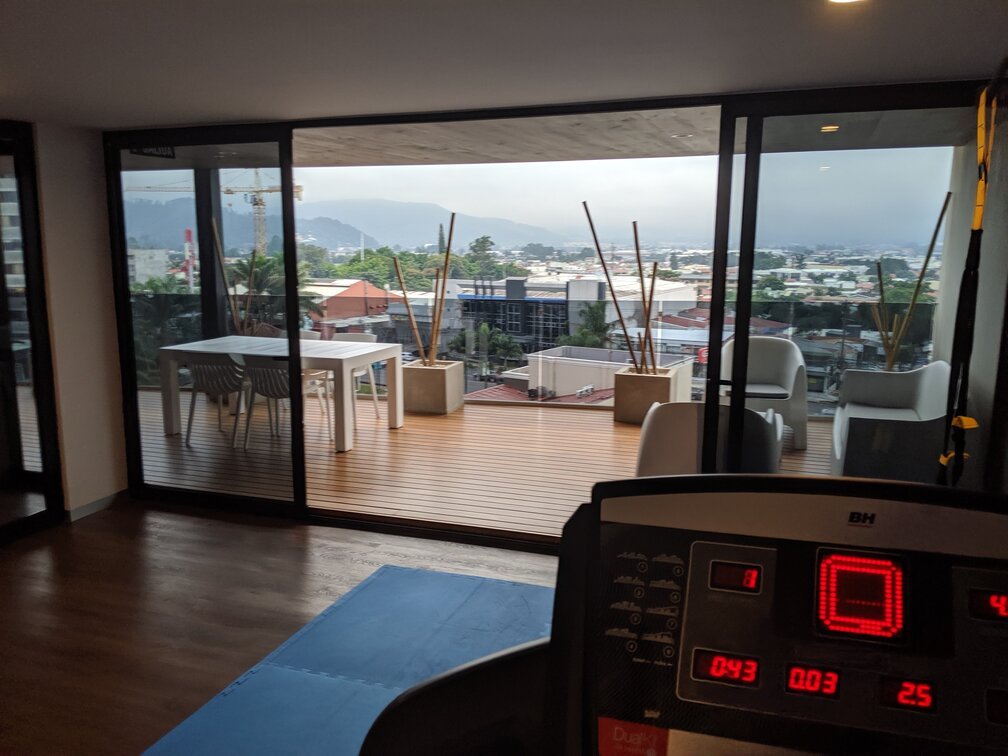 If you are looking for a more luxurious and modern atmosphere to begin your retirement, the City of Escazu, located in the Province of San Jose, is the most optimal choice in all of Costa Rica. Only a few miles away from the city center of San Jose, Escazu is considered the “Manhattan” of Costa Rican suburbs and provides all of the first-class amenities of many North American cities such as large shopping centers, luxury car dealerships, and upscale restaurants, and premium real-estate. The city is also known for being one of the safest places to live in all of the country.

Though hours away from the nearest beach, Escazu is perfect for retirees who want to replicate a more affluent lifestyle while living in Costa Rica. Also, the city has some of the best medical care and hospitals in the country. It’s also not as congested and busy as nearby San Jose, which creates a noticeably more relaxed atmosphere. 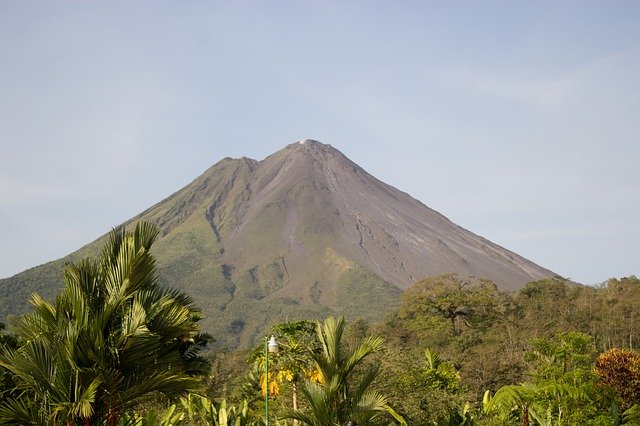 La Fortuna de San Carlos is located in Alajuela province, situated roughly three and a half hours away from the capital city of San Jose. La Fortuna is known as the gateway to the world-renowned Arenal volcano, which is also one of Costa Rica’s most active volcanoes. Because of the town’s proximity to the volcano, there are many incredible views from homes and the city center. While living near such extraordinary geological activity may be worrisome for some retirees, the city of La Fortuna has seen incredible growth in recent years from retirees looking to enjoy the beautiful views and natural hot springs.

Known for having some of the best hot springs in Costa Rica, retirees looking to take full advantage of the “spa-life” would find La Fortuna as a prime candidate for their next home. Also, there are plenty of outdoor activities in the surrounding area, such as the massive Arenal Lake and gorgeous waterfalls.

One of the largest cities in Costa Rica, Cartago, which is also the name of its’ province, sits in the backyard of the famous Irazu Volcano. The town consists of a mix of both contemporary and classic architectures, as well as some of the most famous religious landmarks in the world. This includes the Basilica of Our Lady of the Angels, which was built in 1639 and hosts approximately 1-2 million Catholics during the festival time.

Cartago, the province is diverse in its geography, consisting of mountains, volcanoes, and hot springs. Even though the city of Cartago is only 16 miles from the capital of San Jose, you might notice that there can be a noticeable difference in temperatures, as Cartago tends to be a bit cooler than neighboring San Jose. Cartago is slowly becoming one of the hot spots for expatriates and retirees who want a combination of city life and traditional Costa Rican culture. You will find all of the necessary amenities such as large shopping centers, movie theatres, hospitals, as well as plenty of outdoor activities.

Costa Rica is full of natural wonders and a culture that has largely remained intact despite its exponential growth in appeal to retirees and expatriates looking for the Pura Vida lifestyle. Our list of the best places to retire in Costa Rica provided you with locations that can appeal to different tastes and experiences. However, many other places in the country would be an excellent destination to call home.

Are you looking to travel to Costa Rica in the future? Make sure you have the proper coverage to ensure you meet all of the country’s travel insurance requirements.

We put together this helpful infographic to illustrate the geographic locations of the cities on this list and some of the benefits of retiring in Costa Rica.

Nick is a licensed travel insurance agent and Lead content contributor for comparebare.com. He has a passion for helping travelers go on trips of a lifetime.

Costa Rica is one of the most beautiful countries in the world, and every year… 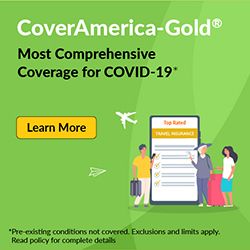 Recent Posts
GET STARTED WITH AN INSTANT QUOTE TODAY
GET STARTED
Copyright 2023 Comparebare.com is owned and operated by New London Media International LLC in the State of Washington. All Rights Reserved.
Back To Top